MIAMI.- The Miami Police Department North Miami Beach investigates the murder of a three-year-old girl, whose mother is in police custody as the main suspect in the horrendous event.

According to the police authorities, around 2:00 am this Tuesday, December 27, the agents arrived at the crime scene, an apartment complex located at 1051 NE 163rd Street in North Miami Beach.

“The mother herself called the police and would have confessed to being the author of the murder for stabbing the minor.”

According to the police, the mother offered no resistance to being arrested. The names of the mother and the victim have not been released. The authorities continue to investigate the incident. 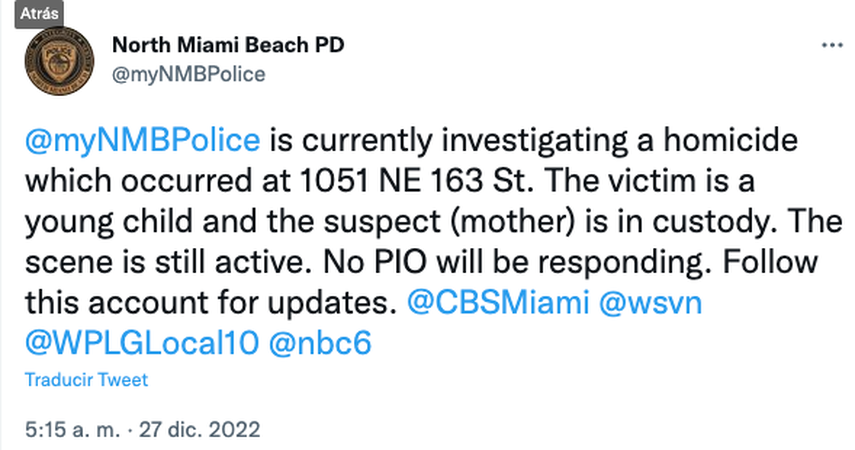